Leith van Onselen and I were commissioned by the Sustainable Australia Party’s Victorian branch to examine the causes and implications of population ageing in Australia, and whether maintaining a high immigration program is a worthwhile policy response.

Below is a summary of our report:

Population ageing due to longevity is one of the greatest successes of the modern era. However, it is widely thought to dramatically reduce workforce participation and overall output resulting in significant economic costs.

This widely held view is wrong. Ageing countries have higher economic growth and the improved health and longevity of older people increases their economic contribution.

High immigration is also thought to combat population ageing and be a remedy for these non-existent costs of ageing.

This is wrong. Low immigration can affect the age structure by helping to stabilise the population, but high immigration has almost no long-run effect besides increasing the total population level. This creates bigger problems in the future.

It is also widely thought that simply investing in infrastructure will accommodate high immigration and population growth at little cost.

This too is wrong.

Diseconomies of scale are a feature of rapid infrastructure expansion due to (1) the need to retrofit built-up cities, (2) the dilution of irreplaceable natural resources, and (3) the scale of investment relative to the stock of infrastructure.

This ageing-immigration-infrastructure story is wrong on all three of its major points. Population ageing should be seen as the successful result of improvements in medical and health practices that have improved longevity and fostered a long-lived and economically productive society. 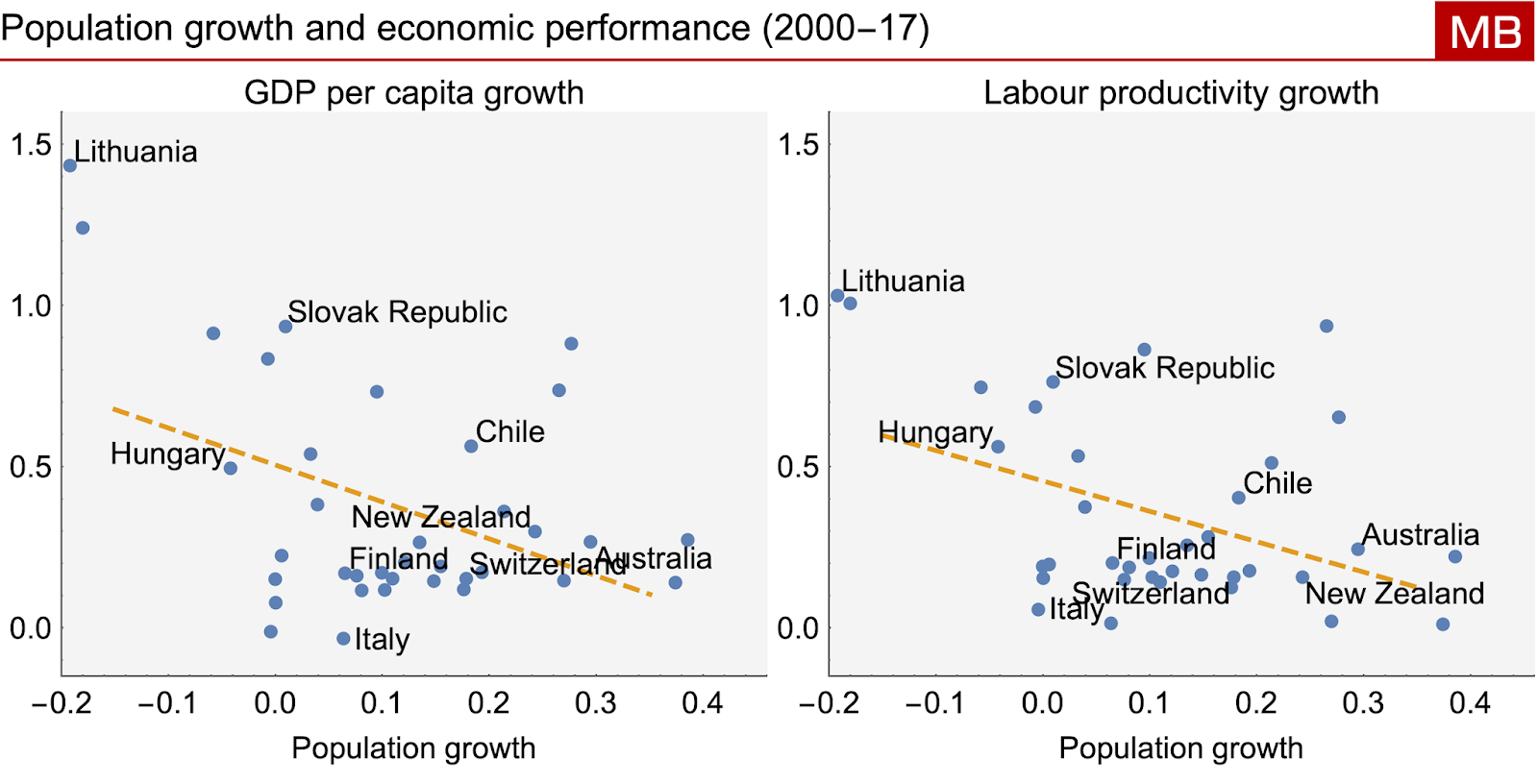 The Full report is downloadable here.
Email ThisBlogThis!Share to TwitterShare to FacebookShare to Pinterest