What is land? It is not a product, but an ownership share of three-dimensional space

Is land an object that can be produced? The answer to this important question provides the foundation for properly analysing land and housing markets.

And the answer is no.

Land is not a newly-produced good of the type considered by standard economic theory. Instead, land is a bundle of legal rights held by the owner of a land title. Each land title refers to a unique three-dimensional location on the earth as described on a register of maps known as a cadastre. Together, the land title system is best thought of as a legal and financial instrument that carves up ownership and control of a nation’s finite three-dimensional space into smaller territorial containers.

Land is not the plants, animals, or even the soil, which can be produced. We know this because you can buy such objects produced within someone’s land container without buying the actual legal container itself. What is a farm but a location that produces plants and animals within their container and sells them to others? You can even put a house on a truck and sell it independently of the land title.

The legal and financial instrument of the land title provides a bundle of rights to owners via combined national, state, and local laws and regulations. A core right is to allow the title owner exclusive use of the space and to claim an income in the form of rent from others accessing the space. These rights are guaranteed and enforced by the relevant levels of government.

Company shares (stocks) are probably the most similar system we have to land. Share systems carve up legal and financial ownership of a company, with each owner having a claim on the income generated by the real production that occurs within the boundary of the company.

Despite the common institutional design, most economists discuss the share market and land market in totally different ways.

When the market price of company shares increases no one says crazy things like “the supply of shares is not responding to demand”. It doesn’t make sense. We know that shares are not part of the real production economy for new goods and services.

But when we talk about land we forget that we are talking about a system of ownership claims. People say crazy things all the time, like “land supply is not responding to demand.” Huh?

There are only trades of financial instruments

In share markets, the supply curve is the ask price schedule of sellers, while the demand curve is the bid price schedule of buyers. In land markets the same price-dynamics of trading and speculating apply. There is no new land produced. All rights to three-dimensional space are already allocated to someone and the price is set by traders swapping those financial instruments back and forth.

But when economists say that the price of land is due to supply and demand they mean something completely different.

Economists pretend that land is a new product coming off the production line rather than an existing financial instrument. They confuse the ownership claim, the land title, with the production of new goods and services, like housing construction or the service of home occupation. While new homes can be made, new land cannot.

The fact that homeownership requires first owning a location (a financial instrument) in order build a house (a produced object) means that the land market primary determines whether new buyers can afford homes. It is like having to own Apple shares in order to buy an iPhone.

If the price of the bundled Apple-share-plus-iPhone became more expensive, fewer people would buy iPhones, creating to an iPhone affordability crisis. But the crisis would have nothing to do with the supply of iPhones.

Myth: Build up and no land is required

Some people argue that building taller buildings requires no new land, and hence higher density is a low-cost solution to housing affordability.

The economist Edward Glaeser makes such claims, which have been echoed recently by Australia’s Reserve Bank.


Although land is required to build an apartment block, this is a fixed cost – there is no marginal land cost involved with building higher on a given block.

But remember, the rights to all three-dimensional space are already carved up in the land titles system. If a title owner does not have the right to build above a certain height, say ten metres, due to zoning controls, it means that the rights to the space above ten metres in that location are retained by the government.

To build higher density requires a financial trade of the rights to the airspace above ten metres from the government to the title owner below. These rights can be sold by the government to the owner of the title below them, as they are in some places, or they can be given for free, as they usually are. But they are not valueless, or costless, as Glaeser and the Reserve Bank believe.

Think about it this way. If the three-dimensional space needed to build an extra storey of an apartment building is costless, then this should be true whether the space is used by building vertically into it, or horizontally into it.

I could, for example, start constructing on site, and then once above the ground, cantilever my building to occupy the free, costless, three-dimensional space that sits above the site next door. But when we think about it this way it becomes obvious that the space is owned and has a positive value. If the rights to that space are owned by the neighbouring title owner, then they can be sold at a positive value to the apartment developer so that they own the full territorial container in which they are building.

So why do many high-profile economists assume that this space is free? 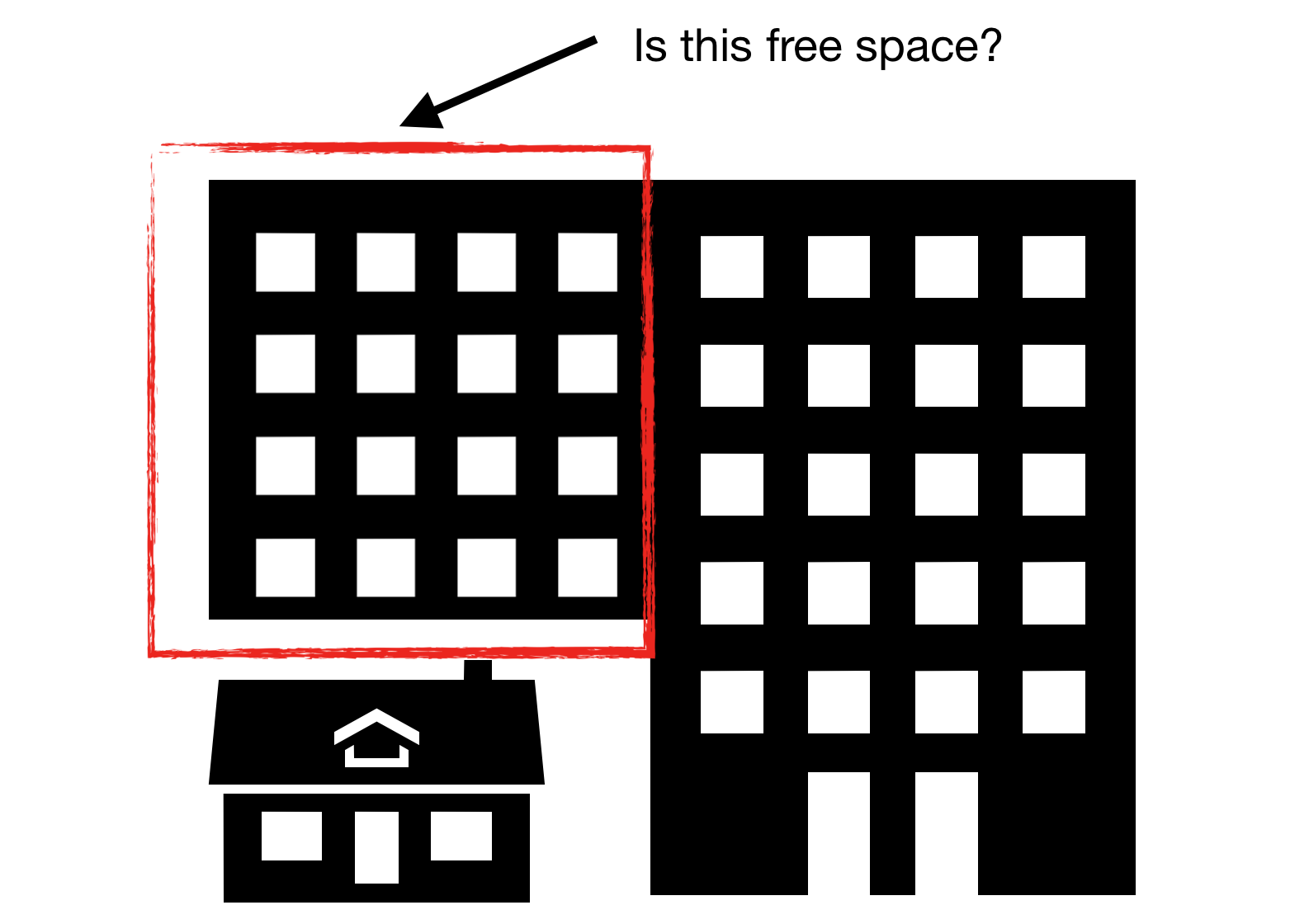 The biggest mistake made in property market analysis is to ignore the fact that land is a share of the ownership of the three-dimensional space assets of a country. Pretending it is a newly-produced good or service will lead you to make fundamental errors in your analysis of land and housing markets.
Email ThisBlogThis!Share to TwitterShare to FacebookShare to Pinterest