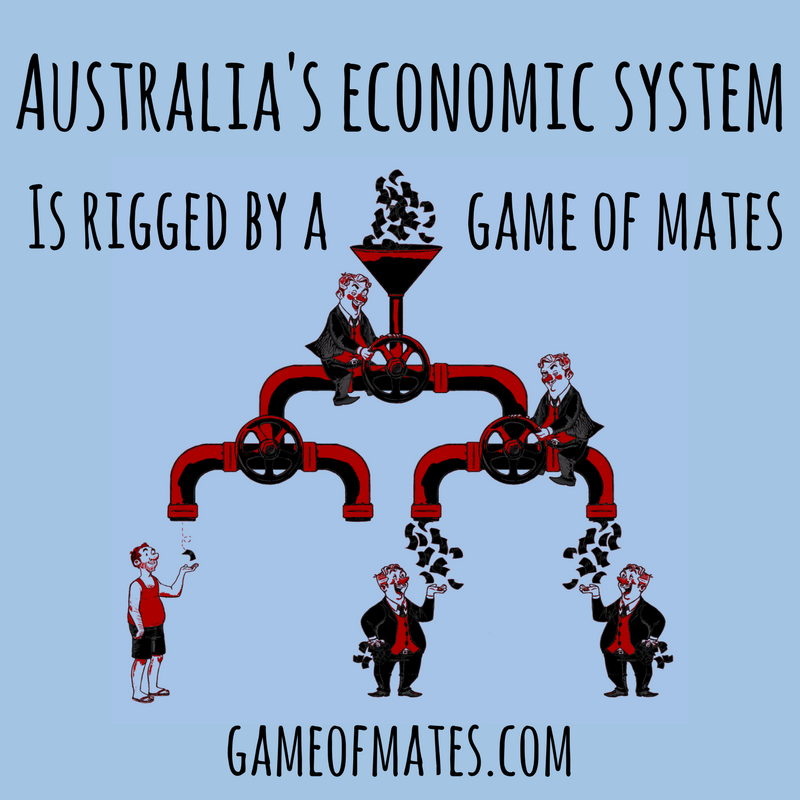 Australia has transformed over the past three decades into a land of financial rip-offs, tax loopholes, and political gifts to takers rather than makers.

I should know. I've spent nearly a decade studying political favouritism in Australia and even wrote a book about it— Game of Mates: How favours bleed the nation.

To show the absurd scale of the rip-offs in just a few areas, let us consider the economic savings available if we scrapped dodgy superannuation, taxed bank profits to reflect their privilege, and removed the discount on capital gains tax.

In round numbers, these actions would—

And decrease private spending by:
$25 billion spent on fees to manage superannuation
$70 billion of after-tax wages

How big is that?

For an indication of the ridiculous scale of these numbers, if we scrapped this economic waste we could instead provide every household with:

What about public services?

Adelaide’s new hospital is one of the most expensive in the world, at $2.3 billion. We could build 70 of them every year with the savings.

Sydney’s new inner-city high rise school at Surry Hills had a cost blowout to $225 million. We could build over 700 of these every year.

We could build the newly proposed $50 billion Victorian rail line three times over, every single year.

Contrary to my priors, our children's local school in Queensland actually relies on fundraising from the P&C to buy library books and sports equipment. They are even now fundraising to put turf on the oval.

One of the staff once told me that "the government pays for the buildings and teacher salaries and nothing else."

It is madness to skimp on a few million dollars here and there rather than make schooling a great experience for teachers and students while letting the financial industry take our country to the cleaners. Why can't we buy books and sports equipment for our schools? Why can't we air-condition every school classroom and power our schools by solar? This stuff is so cheap when put in the context of the financial waste we have created in the economy.
Email ThisBlogThis!Share to TwitterShare to FacebookShare to Pinterest