Last week the RBA released a research paper which sought to unravel the potential effect of planning controls, like zoning, on home prices in Australia. I think the results of their analysis are wrongly interpreted to be due to zoning, and I quickly made my views known on Twitter.

Nice to be cited in RBA research, but this report is pretty bogus - wrong theory applied to good data giving nonsense outcomes.https://t.co/7RtwzBCaYS

*special note, there is no such thing as the value of physical land - the value is for the rights and regulations that apply. pic.twitter.com/W9FbA94r2I
— Cameron Murray (@DrCameronMurray) March 8, 2018

But, like the good researcher I am, I wanted to check their method. So I put together a sample of land sales from my area and replicated the method, just be 100% certain I understood. Lo and behold, I get the same result. Using twenty-nine neighbouring land sales and estimating ln(p) = A + B ln(area) + e, I get the following result. 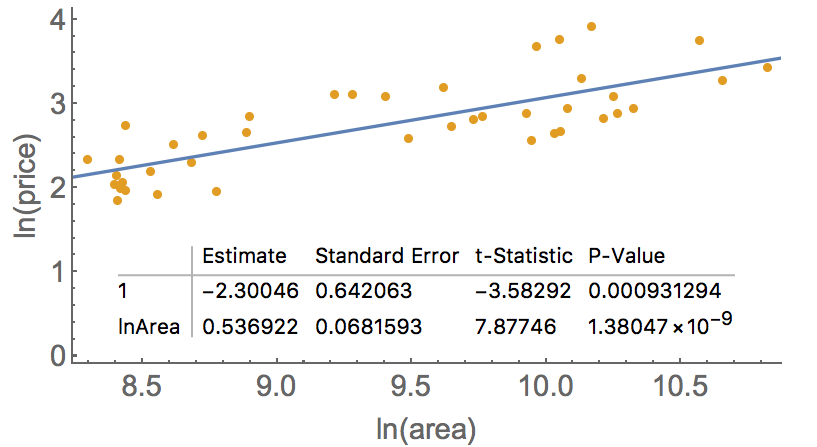 This indicates that indeed, because of zoning constraints, people are unable to assemble marginal pieces of land at $54/sqm and thus must pay on average $100/sqm instead. The zoning effect clearly accounts for 46% of land value. Quite a stark result.

In my data the actual average land price of a lot was 0.1 pence per square metre while the marginal price was just 0.052 pence.

Yes, my average lot size was 4 acres, 1 rood, and 34 perches and sold at 19 pounds, 6 shillings and 9 pence. My randomly selected sample of sales occurred in December 1851 in South Brisbane. Zoning was still nearly a century away from being invented, and the population of the whole state of Queensland was less than 17,000 people or about half the normal attendance at a Broncos football match.

*Here is a look at some of the data used for this post. 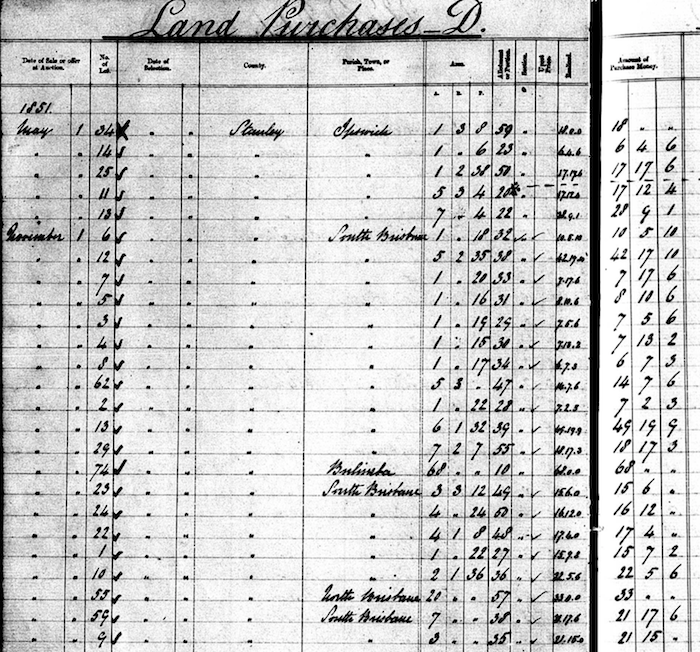