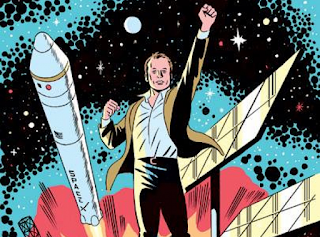 Elon Musk has lost billions of dollars for nearly a decade trying to make electric vehicles at Tesla in a way that has never been done before.

In the new tech-billionaire space-race, where Musk has also been active with his Space X company, his competitor Blue Origin, run by Amazon CEO Jeff Bezos, has been running at an enormous financial loss, requiring Bezos to sell over a billion dollars of Amazon stock a year to fund his space venture.

In both of these sectors, electric vehicles and space transport, there is no guarantee of any long term profit – there are threats from multiple new entrants as well as incumbents in both sectors. Yet billions of dollars are being poured into these experimental investments.

When governments fund similar decades-long loss-making ventures that expand the economy’s production capabilities, we call it industrial policy. When a billionaire does it, we say it is markets at work.

But there is nothing “market like” about long-term, long-shot, gambles like these. This behaviour falls outside any core economic theory about the efficiency of markets in allocating resources. After all, most billionaires don’t spend their fortunes on privately-funded industrial policy with only a fleeting chance of any future payoff.

Read the rest of this post at Renegade Inc
Email ThisBlogThis!Share to TwitterShare to FacebookShare to Pinterest