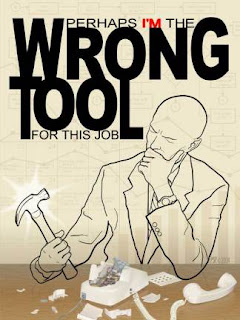 Last year I presented the idea that perhaps a firm objective function of maximising their rate of return on all costs is more consistent with the stylised facts about firm cost curves.

I want to document here two things. First, the two mutually exclusive responses from editors and referees during the reviewing process, which to me reveals the general ignorance of what the core concepts in economics really are (opportunity cost anyone?).

Second I want to spend a moment showing the incoherent ways profit-maximising is used in economics, and reiterate Joan Robinson’s critique of profit-maximisation as it is still highly relevant.

Part 1: Challenging the scriptures
The basic idea of my alternative objective function is that maximising the absolute value of something is universally a stupid thing to do. We need a denominator in a world where what matters at an individual or firm level is relative performance.

I’ve had both the following responses. First is the more common response that the paper is wrong because it doesn’t look at profit maximising firms. Basically, this response involves re-explaining the standard result of profit-maximisation. To borrow Steve Keen’s favourite analogy, we are like Copernicus explaining what a model of the Earth revolving around the Sun predicts, and the response is to explain the predictions of the Ptolemaic orthodox model where the Sun revolves around the Earth. The comments on my first blog post about the paper were mostly along this line.

The second response from editors and reviewers is the opposite. We’ve also been told that return-seeking is natural and implied in the standard model of profit-maximisation.


Your paper argues that firms do not maximize instantaneous profit but instead choose to allocate resources in a way that maximizes return on investment. I don't think that this assumption would surprise or bother anybody.

Actually, yes, it surprises and bothers all your economics colleagues. Maybe you should sit down together and interrogate your own models with some objective clarity and see what they really say.

Even if you dismiss this bizarre series of responses as the outcome of time-poor editors looking for excuses to reject papers they don’t like the look of, you’ve just revealed an acceptance of the non-scientific nature of economics and the lack of openness to anything outside the accepted scriptures (and yes, this is a general social science problem).

Part 2: Sticking with inconsistent beliefs
This is my main problem with economics. Despite a long history of critiques of the core models from inside the discipline, including the impossibility of a representative agent (and it’s full information), the conflation of uncertainty with risk, the Walrasian auctioneer, the impossibility of aggregating capital quantities, and many others, somehow the core survives.

So let me add to this long history of critiques with another of my own.

Magically we have an implied denominator, which we might consider sunk costs. But then we have another different set of costs in the numerator, the variable costs. Exactly how is this distinction between types of costs made in practice? More importantly, where do the funds come from to pay these variable costs?

Consider the standard short-run price-taking model in equilibrium. Demand then increases. Increasing output requires the imposition of greater costs for each additional unit (being on the upward-sloping part of the ATC), the firm must conjure these costs from somewhere. If they require a new investor (or the same investors to reinvest earnings), they are diluting the rate of return on all the other investors.


As I have explained before, no current investor would allow the rate of return on their share of the firm to be diminished by adding additional investors. Essentially the core short-run profit-maximising model is one of maximising profits per capital owner.

The denominator has disappeared. All of a sudden firms don’t care how much it costs to make a profit. If there is a choice between spending $100 to make $40 profit, and spending $200 to make $41 profit, you choose the latter as a profit-maximiser.

But as a return-seeker you first take the $100 investment. You don’t ignore a 40% return because a 20.5% return is available elsewhere. Never.

There is much more to this story, particularly around the ability to leverage. But the biggest story is about how value is gained from high return investments. If I can get my 40% return on costs, I can later sell that firm based on the discounted value of net cash flows. If that discount rate is, say, 10%, then my $100 investment gains $27 in value immediately. I can then sell my firm for $127.

In any case, the point here is that profit-maximisation is, in the words of Joan Robinson, meta-physical doctrine. The empirical record is against it, yet it persists as a signal of membership to the economics tribe. And what is worse, it seems that very few economists at the top of the discipline are clear about the crucial and often hidden underlying assumptions of their models, and continue to teach a fairy-tale view of the core models.
Email ThisBlogThis!Share to TwitterShare to FacebookShare to Pinterest