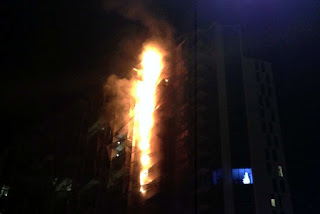 Despite the fact that the principle lesson of economics is that there is no free lunch, for apartment residents this is a free lunch. To be more accurate, it is the landowners who are paying; they will now get less for their land because of the higher cost of converting it to apartments at the new higher minimum standard.

The usual arguments against such regulations are:
All of these arguments are on display in an overly elaborate and ill-informed way in this piece by the usually sophisticated Alan Davies who argues that higher design standard for apartments will make residents worse off. My beef is with first of them.

This 'cost passed on' argument arises in the economics of housing all too often, particularly in regard to rental regulations. I expect the econ-blogosphere to be bubbling with such 'cost passed on' arguments forthwith after Berlin introduced maximum rental increase regulations. I have briefly had my say about this in the past, as has Matt Bruenig who makes the point that property ownership rights themselves are a form of rent control for property owners. If you believe that rent control is inefficient for standard economic reasons, you open yourself up to the problem that freehold title to property - apparently the building blocks of capitalism - are just as inefficient.

For the pro-choice people, I’m happy for you to take your chances with a heart surgeon who hasn’t been screened through minimum standards regulation, or buy a house that doesn’t meet minimum building standards. Good luck [1].

But back to minimum design standards for apartments [2].

In standard economic analysis, the incidence of the cost of a tax or regulation does not always fall on the person who is obliged to pay it. What Davies argues is that the incidence of the additional regulatory cost falls predominantly on apartment buyers even though developers and builders pay such costs directly when constructing better buildings. In his view it is


Why does Davies, and for that matter the much of the economics profession, believe this to be the case? Take the simplest of case of stamp duties on property sales. The economic incidence can clearly be shown to fall completely on the seller rather than the buyer, even though the buyer actually pays the cost. To be clear, if the stamp duty cost of purchasing a home is $5,000, buyers will factor that in and pay the seller $5,000 less for their house. Hence the incidence is on the seller who is $5,000 worse off, not the buyer. Economists routinely get this wrong.

In reality what happens in the case of apartment design standards is that the landowner bears the cost. In the short run that will also include developers who own land.


Why can I be so confident that this the case and the economic incidence is not shared?

Land is a special case in terms of economic incidence because there is no substitute market for a plot of land. All buyers of any particular vacant plot are price-taking in their developed housing output, but price setting monopsony buyers of their land inputs. Although a development site can be sold in a market with many buyers competing on price, all those buyers will be working backwards from the highest and best use of the land, subtracting costs, and working out how much the site is worth. Add more costs into the development equation and each potential buyer will put these cost in their feasibility spreadsheet and reduce their bid for the land by the same amount. In terms of market power the situation is identical to having a single buyer (alternatively, think of the highest bidder the single buyer).

But how do we know developers can’t pass on costs to buyers through higher prices. Mainly because if they could sell at higher prices they would do so WITHOUT incurring any costs.

As a rule, you can tell where the economic incidence of a regulation is by the groups that oppose it, particularly if their logic makes no sense. The Property Council of Australia opposes stamp duties by arguing that they add to prices. But if developers can simply pass on these costs to the price of housing a) why do they oppose it, since they've admitted it costs them nothing, and b) why aren't they already charging higher prices? The Pharmacy Guild is another great example of lobby groups that proclaim that the economic incidence on regulation will be buyers rather than those who hold monopoly pharmacy licences.

In sum, there is no free lunch by setting minimum apartment standards. But for residents, the lunch is being shouted by landowners and developers so it will make them better off.

fn.[1] The image above is from a recent fire in Melbourne that spread 15 storeys up the building in minutes due to the use of cladding that did not meet minimum fire standards.

fn.[2] Note that I am ignoring the macroeconomic cost in terms of resources potentially diverted from other uses in the construction sector from building these higher standard buildings. And why not. It’s not like Australia, nor most of the world right now is anywhere near full-employment growth rates. There is slack everywhere you look. Higher standards could even be stimulatory in this environment.
Email ThisBlogThis!Share to TwitterShare to FacebookShare to Pinterest