The case for 7% stamp duty on property 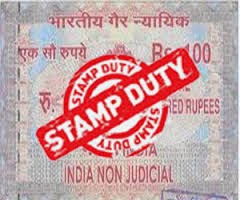 In the spirit of turning ideas on their head, let me put forward the case in favour of stamp duties on housing transactions. To be honest, it is pretty compelling to me. If I had to rank taxes from best to worst in terms of efficiency and equality, land value taxes would be first best, but stamp duties would be not far behind, huddled together with Tobin taxes and capital gains taxes to make up a top four.

Price stability
The first point is that stamp duties are not a tax on relocating, but a tax on asset market churn. We know that property bubbles have the characteristic of high transaction volumes arising from speculative buying and selling. Eliminating some of this activity because of its increased costliness will have an indirect effect of stabilising prices to some degree. Additionally, fewer transactions means less waste of resources on the real estate sales industry. Essentially it is a Tobin tax for property markets. If reducing resources devoted to the zero-sum game of trading share markets is a good thing, then the same is true for property markets.

From the perspective of macro stability stamp duties are a massive automatic stabiliser - raising plenty of revenue during the boom, and much less during the bust.

No affordability effects
Valuation theory and practice support the view that stamp duties, although paid for by the buyer, actually come off the price of housing. That is, buyers determine their total willingness to pay a the house, and subtract any transaction costs from that total to arrive at a residual that they can pay to the seller. Empirical studies also support this view.

In terms of effects on home prices, the cost of stamp duty is subtracted from prices, leaving the total purchases costs unchanged. If they also deter speculative sales as I suggest in the previous section, then the net effect of stamp duties on property prices is to reduce them. That’s about the best side-effect from a tax you could hope for.

Limited mobility effects
Some people call stamp duty a tax on mobility. It’s not. There is a whole group of people called renters who are quite a mobile part of the population and avoid the tax entirely. While the evidence suggests that fewer relocations are made by owners (perhaps 8% fewer in a year for a 1% increase in the stamp duty rate), disentangling the speculative motive of such sales from the actual labour force relocation motive has never been attempted, though they must be entwined.

Already a house sale has a combined cost to buyers and sellers of probably close to 8-9% of the house price; from removal costs, lawyers, agents, inspections, loan fees etc. Why not make it 10% by raising stamp duty ? After all, the seller gets a lower price and the buyer pays the same total of house price plus stamp duty. It’s a transfer from current home owners.

In all it stamp duties seem like a pretty reasonable tax in terms of economic efficiency. Perhaps rather than promoting land value taxes as a replacement for stamp duty, a better position is to use land tax revenues to replace more distortionary State taxes such as payroll tax.

While I’m at it
Many economists in tune with the role of land rights in economics have criticised Piketty's book for being a bit loose in the way he aggregates capital. They say that because he conflates improvements and property rights, such as land, a tax on all wealth to reduce inequality, as he proposes, will act like a tax on improvements and land value.

But what they forget is that this is about the second best tax. If a tax on property rights of all sorts (minerals rights, patents, land and so forth) is a first best tax, an incremental tax on wealth is second best. Having this argument is completely counterproductive from a policy perspective.
Email ThisBlogThis!Share to TwitterShare to FacebookShare to Pinterest