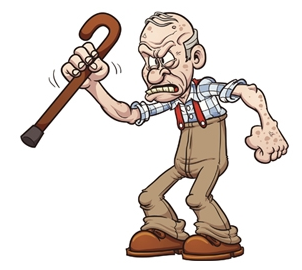 My friend Unlearning Economics has a series of seven posts that pour cold water over the economics profession’s ridiculous defences of their demonstrated incompetence surrounding the financial crisis.


For those who haven’t read them, here’s the seven arguments linked to their respective posts.
Yesterday I came across an article that includes quite a few of these defences, and displays the strange ways economists often argue. It’s by Steven Landsburg, an economics professor at University of Rochester, and self-proclaimed ‘armchair economist' who is part of the ‘freakonomics’ bandwagon, writing books presenting quirky but shaky results in economics as surprising insights into reality.

He argues in a senile ‘grandpa’ style - a label used by Matt Bruenig to describe his opponents illogical ramblings over inequality in the ‘Grandpa Sumner debates’. It’s argumentation as you’d expect from uninformed grandpa yelling from his rocking chair and shaking his cane in the air. Maybe I'll call him the 'rocking chair economist' from now on.


As recently as a few months ago, doctors were held in high esteem and educated people believed that medicine could be useful. All that changed, of course, with the medical profession’s stunning failure to prevent or even predict the breakout of ebola in West Africa. Worse yet, many doctors to this very day cling to their old ways of thinking, writing prescriptions, setting broken bones, and performing surgery in bull-headed defiance of the urgent need to jettison everything we know about medical practice and start over from scratch.

This is nonsense attempting to be humour. Maybe Landsburg is unaware of epidemiology, which is entirely devoted to the spread of disease in the population. Governments have guidelines, programs and procedures in place for epidemics, and universities even have whole departments dedicated to this research.

Did economists have a standing warning about economic crises? Or standing plans and programs in place? Did they develop guidelines on how to react and monitor certain types of financial crisis? Did the lobby for ‘economic vaccinations’?

This is a poor attempt at defences 2 and 3.

More nonsense. It is not that economists didn’t predict this particular crisis, but they didn’t even predict the possibility of the crisis. This is completely unlike in medicine, or seismology or any other study of complex systems. Seismologists do predict the chance of earthquakes, and epidemiologists do predict the likely structure of epidemics and study how to contain them.


For a little perspective, have a look at this chart showing U.S.~per capita income in fixed (2005) dollars:

That little downward blip you see near the top is the recent crisis. The somewhat bigger downward blip in the 1930s is the Great Depression. The moral is that in the overall scheme of things, recessions don’t matter very much. At the trough of the Great Depression, people lived at a level of material comfort that would have seemed unimaginably luxurious to their grandparents. Today, while Paul Krugman continues to lament “the mess we’re in”, Americans at every income level live far better than Americans of, say, 1980. If you doubt that, you surely don’t remember what life was like in 1980. Here’s how to fix that: Pick a movie from 1980 — pretty much any movie will do — and count the “insurmountable” problems that the protagonist could have solved in an instant with the technology of 2014. Or reread any of the old posts on this page.

If you care about human well-being, recession-fighting is small potatoes. It’s that long-term upward trend that matters. And economists, fortunately, understand a lot about what it takes to nourish that trend — things like well-enforced property rights, the rule of law, free trade, sound money, limited regulation and low marginal tax rates. Even more fortunately, economists have managed, however imperfectly and with fits and starts, to impress that understanding on the minds of policymakers. As a result (and going back, at least, to the repeal of the Corn Laws), we’ve had better policies and greater prosperity.

This is an attempt at defence 1: We did great job during the boom. But I still have some bones to pick. First, stating that living standards are higher now that some arbitrary time in the past could have been made at any point in history, regardless of the state of economic knowledge. This is not a defence of economic understanding.

Moreover, saying recessions don’t matter much is like the medical profession saying that cancer doesn’t matter much. After all, every dies, we should be grateful that we are living longer than ever. Aren’t we glad doctors were out there studying other things while taking credit for the fact that people are born at all?

Importantly, Landsburg seems to think that economists can take credit for the development of human society for the last 230 years or so. That’s sheer nonsense.

Is Landsburg suggesting that China would have even more rapid growth if it followed his prescriptions? Or is he just reciting the biblical passages from the mainstream bible.

No it wouldn’t. See above.


Moreover, it’s entirely possible that some of the best policies for fighting recessions are inimical to long-term growth. It could easily follow that even if you knew exactly how to fight recessions, you might prefer not to.

Sure. It could be possible. But no one knows this. It is just like saying we could send people to Mars, but then aliens might invade us, so if that’s the case we wouldn’t want to go to Mars. It’s internally logical, but externally pretty stupid.

I would respond by asking, do economists know more about recessions today than they did a century ago? Not really would be my answer.

Again, he suggest economists should take some credit for the boom, as if they made it happen.