Next Australian housing boom in progress

I hate high house prices but I am a realist, and I trust the numbers. While history doesn’t always repeat, right now I can hear it rhyme.

Three years ago I decided that using the mortgage rate divided by the gross rental yield did a fairly good job of catching the main cyclical patterns in the Australian housing market. The basic investment rule from this indicator (blue line) is to buy when it goes below 1.5, and sell when it goes above 2.25. 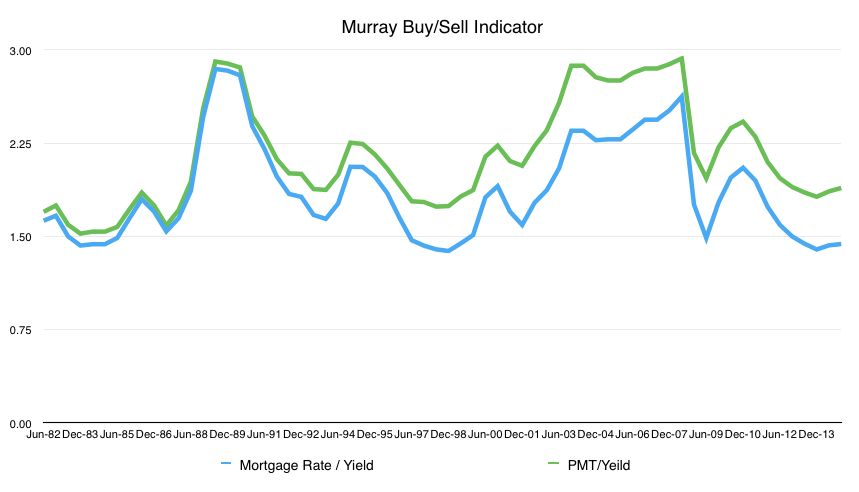 Unfortunately in practice Australian capital cities don’t always have coordinated booms, so you must augment this knowledge with an understanding of the ripple effects that begin in Sydney and later flow through other housing markets.

Today Sydney is again booming, with a near 15% price increase in the past year. Here’s a capital city price breakdown from the RBA. Notice that Sydney and Melbourne are roughly moving in sync, but that Brisbane and Adelaide are yet to move. If this boom does rhyme with the last boom, Brisbane and Adelaide prices will really hit their stride late next year, while Sydney prices will peak. Perth prices will peak a little sooner.

To be more clear about the dynamic at play in my property cycle indicator, here an alternative view. When the mortgage payment per dollar at the prevailing interest rate is relatively lower than the gross rental yield we should expect prices to be rising. I can’t say I like it, but the pattern is there. Tax advantages for investment property will waltz through the current Senate Inquiry unscathed, and tax bracket creep will continue, further enhancing negative gearing benefits from buying investment property. Interest rates are staying low indefinitely, and mortgage interest rates are getting down near 5% flat, and banks will lend to anyone with a pulse. It's a crazy world out there.
4 comments: Links to this post
Email ThisBlogThis!Share to TwitterShare to FacebookShare to Pinterest

Why has the public service become impotent? 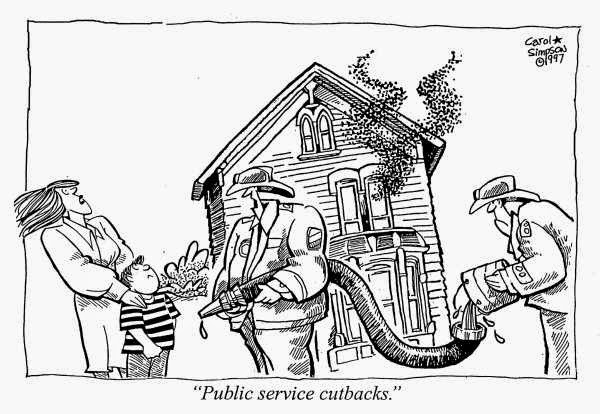 While the article touches on some valid points and criticisms, I believe it misses some vital points as well. Far be it for me to leap to the defence of the public service, but I think Ross has been a little too indiscriminate in his criticism.

There exists a disturbing lack of vibrant thinking in the policy formulation space in government in this country, and it seems that governments of all persuasions are only too willing to outsource policy development to various interest groups and (erroneously named) think tanks.

These developments, as well as the seemingly unbridled growth in the number of staffers and advisors in ministers’ offices, has meant that the role of the departments in policy formulation and advice has been diminished.

This may not necessarily be a bad thing, particularly if the onus of formulating policy shifts towards more expert sources, however I doubt this is the case, even allowing for any diminished expertise in the public service.

Which brings me to the point of this post – why has the public service been effectively sidelined, or what has made it so impotent?

It remains true that there are some very capable, highly intelligent thinkers in the public service. However the nature of the beast is that the people who think outside the box, who come up with creative and radical reform options, are marginalised.

Despite the plethora of ex senior public servants now running ‘training’ sessions about how to think creatively and influence people (whilst conveniently collecting exorbitant fees made available through previously cultivated networks), the public service culture prizes the ability to sit down, shut up and row in unison above all.

Promotions in the public service do not go to those who propose the best policies to address a given issue, or show the greatest ability to think analytically about something, but rather to those who can convince the bloated HR departments of their ability to recite buzzwords, or attend the relevant afternoon teas.

This results in the senior levels of the public service being filled by people who are very good at reading what people want to hear, and feeding that directly to them – whether that be the relevant minister or higher levels of their department. There is no way this will lead to optimal policy outcomes, even if the public service had the ear of ministers as it may have had back in the mythical “golden age” where government may have trusted public servants to be more than sycophantic rent-seekers.

Frank and fearless advice be damned.

This phenomenon has gone hand in hand with the rise of generalists in the public service. As best I can tell from statements about wanting people to be ‘all-rounders’ and ‘flexible’ there appears to be some kind of false premise that technical and deeper analysis skills are mutually exclusive from communication and organisation skills. This perverse scenario results in people in high places in large government departments who are little better than innumerate, but presumably can cook a great sponge cake.

Incentives once at the very top of departments are no better. Departmental secretaries still tailor their responses to issues in such a manner as to present ministers with what they want to hear. Most policy advice is coming from a public service severely lacking in fearlessness, or ministerial staffers who are largely sourced from fresh-out-of-uni Young
2 comments: Links to this post
Email ThisBlogThis!Share to TwitterShare to FacebookShare to Pinterest
Newer Posts Older Posts Home
Subscribe to: Posts (Atom)