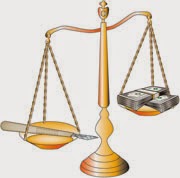 I was prompted to write this follow-up on health economics after seeing a recent post by blogger Noah Smith, who weighs in with some reasonable views after some intense criticism of the ‘freakonomic’ Chicago-boy Steven Levitt. In a meeting with UK PM David Cameron, Levitt and his co-author apparently made some rather absurd remarks about health care.

"We tried to make our point with a thought experiment," they write. "We suggested to Mr. Cameron that he consider a similar policy in a different arena. What if, for instance...everyone were allowed to go down to the car dealership whenever they wanted and pick out any new model, free of charge, and drive it home?"

Rather than seeing the humor and realizing that health care is just like any other part of the economy, Cameron abruptly ended the meeting...

This nonsense reminds me that what constitutes economic debate in the US is often laughable at best.

Health care is obviously not like most other parts of the economy. As I said last week medical services are credence goods - goods which we don’t know whether we need, and even once we’ve consumed them, still don’t know if they were good value. In economic terms, these goods suffer from the worst possible information failures, particularly with respect to the asymmetry of information between the seller (in this case the doctor) and the consumer.

For these goods the demand curve may slope any which way, and people are often left to use price as the only signal of quality (or quantity for that matter). This means that a socially optimal level of medical service provision cannot be determined using basic marginal economic analysis.

Not only that, there are substantial positive externalities to most health care services. Vaccinations are the obvious example, but the same principle applies more broadly.

Once you’ve accepted that health care and medical services don’t fall neatly into preexisting economic models, you need a better way to think about the potential efficiency of any health care system. Rarely is this step taken in public debate.

One way to assess any health system is in terms of the two main sets of incentives - those of the patients, and those of the medical service providers (doctors and suppliers of medicines, equipment and accessories).

We often hear about the patients, with the archetypal case of the lonely hypochondriac making a few extra trips to the GP or emergency department when the service is provided free of charge. Sure they exist, but as I’ve said before, pricing these visits deters both the time-wasters and those with genuine medical needs. Making prices for patients reflect production costs in health care systems has the benefit of reduced health expenditure, but comes at a cost of poorer health outcomes.

But in general no one wants major medical services even at a zero price. Here’s a comment from Noah’s blog making that point


Most medical treatments are painful, unpleasant, and time consuming, and are only desired when non treatment is worse. While making treatment costly will deprive some of access, it will do little to make treatment more undesirable than it already is.

On the other side of the ledger we have the incentives of doctors and other businesses involved in the supply of medical services - drug companies, suppliers of medical equipment and so on.

Here there are usually financial incentives to over-treat or over-prescribe. To take just one example, new evidence from Australia’s two-tiered system shows that in private hospitals there are more medical interventions for low-risk births than in public hospitals.

Indeed there is clear evidence of these interacting incentives following the announcement of the $7 GP co-payment in the Australian federal budget. Some medical centres have been text-messaging patients to remind them that they are not charging fees, possibly due to lower patient numbers. On display is the doctor’s incentive to earn a living providing medical services by marketing to customers, interacting with the uninformed patient reacting to a price that doesn’t even exist yet in a way they can't possibly know is beneficial for them or not.

As a final point, we rarely hear about the monopsony buying power of having a single medical provider, which can be significant. A single national (or State level) healthcare entity is in quite a position of power in negotiating supply contracts when they are the only game in town. In a world were drug companies are heavy political hitters, having incentives within the government to reduce drug costs to economise on health spending seems an important consideration.