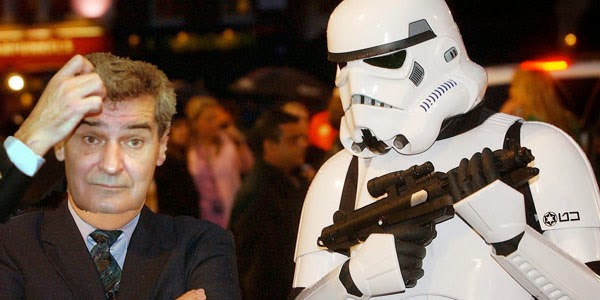 The Lucas Critique is summarised by Mark Buchanan as follows:


Any prior regularity that might have existed in a set of data had been present only in the context of the policies prevailing in the past. Change the policies and those changes, by influencing the way people act and anticipate the future, may well strongly change or destroy the regularity on which you had based your plans.

In economics this observation was made famous by Robert Lucas in this 1976 article.

Lucas' critique has justified the micro-foundations approach to macroeconomics for four decades. Put simply, unless you model the macro economy as a result of ‘deep parameters’ of the human psyche, you will never be sure whether your model will apply in a different regulatory or institutional environment. Overcoming the Lucas Critique is apparently achieved by offering a macroeconomic model that stems from a utility function of a representative agent.

But why should we believe that the ‘deep parameters’ of micro-foundations, the utility functions themselves, are somehow independent of the institutional environment?

You can’t escape Lucas’ critique by plucking a utility function out of the air and giving it to a representative agent unless you believe that utility functions are independent of the social environment.

Which raises the question, how can it be possible for an individuals preferences, their utility function, to arise in a social vacuum?

It can’t. The evidence is absolutely clear on this point. Preferences, and even perception, are socially constructed. There simply are no 'deep parameters'.

The whole micro-foundations exercise has been a waste of time for all involved.

While economics has taken seriously this critique from Lucas, they have generally ignored its logical extension of the performativity of economic analysis. Basically performativity says that the use of an economic model in society to guide decisions itself changes behaviour, thus changing the environment in which the analysis applies. Or more simply, utility functions with change in response to the use of models built upon utility functions.

The easy way to see this in action is in sports. As soon as one coach creates a play that exploits a common behaviour in other teams, using that play changes the other team’s response, and thus the environment in which the coach’s original analysis was relevant.

You can’t escape any of this logic.

The lesson is that to understand economic phenomena requires a better understanding of institutional environments, and historical and social context. The micro-foundations approach has merely been an excuse to continue to conceptualise the economy as self-stabilising and in equilibrium in the face of the Lucas Critique, while any rational response would have been to acknowledge the inherent instability of social processes, of which the performativity of economic analysis itself a part of.
Email ThisBlogThis!Share to TwitterShare to FacebookShare to Pinterest