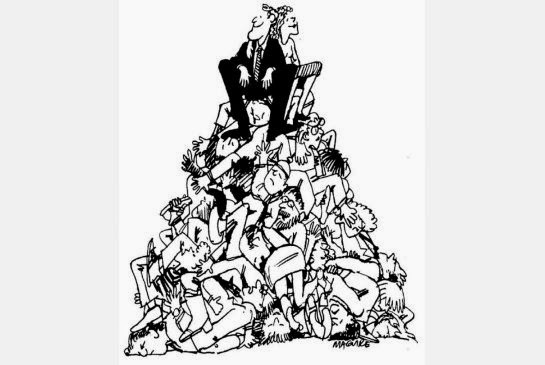 As I explained yesterday, saving by an individual is usually achieved by buying monopoly assets from others, forgoing consumption in order to capture a future flow of income for oneself.

This usual way to save is merely a transfer of assets whose value equals the difference between income and spending. Someone gets richer, others poorer. But importantly, the rate of saving of an individual, when understood in this manner, bears no relation to investment in the quantity of new capital goods in the economy generally and can’t be related to the rate of growth of the economy.

This point is quite obvious.

Yet it is very common to hear that rich individuals, because less of their spending goes towards consumption items, are able to save more, leading to greater levels of investment in new capital goods and higher future productive capacity.

While many economists profess a degree of caution in such analysis when challenged, the very notion that saving at an individual level equates to a proportional level of investment in new capital at a national (or global) level is embedded in the economic way of thinking.


Stocks of wealth stimulated invention by liberating creators from the immediate demands of the marketplace and allowing them to explore their fancies, enriching generations to come.

…active saving corresponds to the supply of loanable funds for new investment and therefore may be helpful in gauging the effect of a redistribution of income on economic growth.

When I buy some Apple shares in order to save, I merely buy from the current owner, changing absolutely nothing in terms of Apple’s intentions to invest in new production machinery and equipment.

If saving is as I described, the fact that the wealthy have a lower propensity to consume, and therefore a higher marginal propensity to save, merely implies increasing wealth inequality, as assets accumulate in the hands of the already wealthy; a trickle-up effect if you will.

This is particularly relevant to current debates about how to address inequality. Would a wealth tax on the rich decrease overall investment? Not at all. The tax would be a transfer of ownership of resources, just like the saving of the rich is a transfer of assets and unrelated to investment in new capital equipment.

It is possible under very specific circumstances for an individual's savings to exactly match investment. For example, if I buy a specific financial instrument that pools my funds with others to finance construction (but not land purchase) of a new building. But that is a rare case that proves the general point that there is no proportional matching of saving and investment at an individual level.

While I have said nothing that contradicts economic theory, I do find it frightening that experts in the field have such contrasting views on the matter.
Email ThisBlogThis!Share to TwitterShare to FacebookShare to Pinterest