Uncertainty is not what you think it is 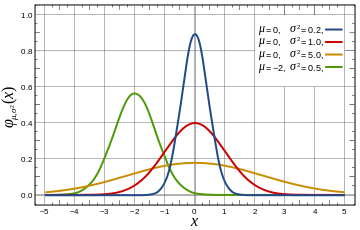 One strange claim in the economic debate that followed the financial crisis was the impact of uncertainty on the path of investment and subsequently the recovery in economic activity. Taking just one example, it was claimed here that “fiscal policy uncertainty has directly harmed the American economy by increasing the unemployment rate by 0.6%, or the equivalent of 900,000 jobs.”

Often the idea of uncertainty is captured in economic debates by labelling its inverse, a high degree of certainty, ‘confidence’, or when being a little more critical, the ‘confidence fairy’.

It was never particularly clear to me exactly what ‘high’ or ‘low’ uncertainty was supposed to mean, since the future is always uncertain and investment is always risky, and current policy decisions are not set for eternity. In this post I will dig down into the economic theory of real options that forms the basis for claims that uncertainty alone can greatly reduce investment activity. By doing so I hope the reader will develop a considered level of scepticism about such claims.

First, we should acknowledge just how widespread the idea that uncertainty hampers investment has become. There is a website devoted to providing national indices of policy uncertainty, which itself rests on two decades of effort in academic circles to endeavour to capture this mirage-like phenomena. Even now, India’s growth slowdown is being blamed on this mythical beast.

As a general observation, it seems there is no economic ill that cannot be blamed on government policy-induced high levels of uncertainty.

The economic origins of the idea start with Black-Scholes, and were more fully developed in the general sense in terms of capital investment by Dixit and Pindyck in what is generally known as real options theory. While I have concerns about how real options is applied (which I will get to in a moment), the fundamental principle embodied in real options theory is crucial to understanding economics.

The basic idea is this. If the future is uncertain, such that your future revenues and costs won’t be exactly what you expect, then you may choose to delay investment in order to get new information about the best investment choice.

Thus, when there is more uncertainty, or what would technically enter the real options model as a larger standard deviation on the expectations of price movements, then the value from delaying investment in order to better asses new information is greater.

That’s whole idea right there. If you follow that through without thinking too much more about it, you can end up at the point of advising governments to ‘fix up certainty’ in order to bring forward investment decisions in order to reduce unemployment and increase economic growth.

But that ignores some very important points, which I haven’t seen properly addressed in the application of real options theory.

For me, this lack of distinction removes the possibility for real options theory as it stands to provide insights into the business cycle, particularly in relation to the type of herding behaviour we see both in financial and real resource investments. My personal view is that ubiquitous unquantifiable uncertainty is fundamental to understanding why investors can appear irrational, and why our innate herding behaviour is often a more useful and actionable decision rule for investment.

Second, even accepting that risk appropriately captures the rationale for delaying investment, changing the average expectation doesn’t change uncertainty. Most commentators who argue that their policy proposals reduce uncertainty are actually more concerned with shifting the average expectation of price movements upwards. But if the whole distribution shifts, but doesn’t narrow, then uncertainty is unchanged and it remains equally rational to delay investment in the face of increasing prices.

Third, it is not at all clear what the implication for real options is when rather than shrinking the spread of the distribution, the complete nature of the distribution changes. What I mean by this is that if risk appears normally distributed at some point in time, but events occur that change expectations of future price outcomes to be exponentially distributed. Moreover, there is no real understanding of the emergent properties of agents interacting with different risk expectations - are these interactions already captured in perceptions of risk, or do they add an additional dimension which take risk perceptions into the territory of pure uncertainty?

Finally, it is well known that even in the absence of uncertainty there can still be a value to waiting to invest for current asset owners. For example, if I own a piece of land with scope for development, in the case where there is uncertainty about future prices it may be optimal to wait to see which direction prices move in order to determine the optimal building type and size to construct to maximise my land value. But even if I know exactly what prices and construction costs will be over the course of the next few years, I may still choose to delay if I expect (perfectly, with no uncertainty) the value of the land in its undeveloped state to increase at a faster rate than when it is developed. Or indeed, to not lose value as quickly if it were the case that prices are falling.

So while claims of policy uncertainty having large real impacts in investment may appear well-grounded in economic theory, the theory still has many problems when applied to real policy, real investment and a real world of fundamental Knightian uncertainty. However I do hold out some hope that the core elements of real options theory, which are substantial improvements on the usual equilibrium theory of mainstream economics, can be more successfully incorporated into our understanding of investment and the business cycle.