Not so random links, comments and quotes 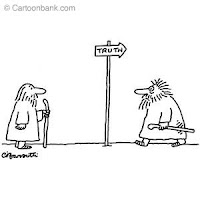 Law of demand holds
Bust fares go up, patronage goes down. A lesson for policy makers about defining their outcomes better – do they want cost recovery for transport (higher fares, lower usage), or are they willing to subsidise public transport to save costs of maintaining the road system?

Algorithms rule our lives
The algorithms of Wall Street may be the cyber-equivalent of the 80s yuppie...
The question for the economist is not whether there are downsides to this infiltration, but whether the costs outweigh the benefits. I am pretty sure that is not the case yet – after all, algorithms are written by humans, redesigned by humans, and often ignored by humans.

Culture -
The Misconception:  You celebrate diversity and respect others’ points of view.
The Truth: You are driven to create and form groups and then believe others are wrong just because they are others.

If patents over software are a bad idea, why not all patents?
This article argues that companies find it more attractive to make money suing each other for infringement than actually making things.

The question for society is whether innovations would occur at close to the same level without patents? My personal view is that they would, and that a possible first mover advantage would be reward enough. A short, but very useful, free online textbook on the economics of patents and copyright is here.

Free trade in apples, finally?
As I said before with food import restrictions, if prices are set by global markets, domestic buyers cannot buy at prices below the export market price - although they could perhaps be higher.

Of course apple growers will whinge, but they will adjust over time, and in reality, their incomes have been protected for a long time anyway.

After all, statistics are like bikinis. What they reveal is interesting, but what they conceal is more important (ht: John Booth)

If an Axe is being ground, cluelessness will follow naturally. I used to be an ideologue and as I think back on my unreflective self, I remember that I just chose to devote all my mental energy to what I wanted to believe and none to what I didn't want to believe and the result was I appeared clueless, sometimes intentionally clueless (ht: anon)

The lesson of Alaska is never give away land, even when it is seemingly worthless (ht: M)
Email ThisBlogThis!Share to TwitterShare to FacebookShare to Pinterest