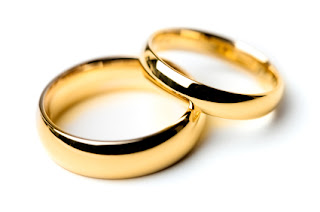 The gay marriage debate is extremely interesting. I have a few issues that never seem to be resolved, and are often bypassed in discussion on the matter.

1. Marriage is a religious institution essentially designed to encourage conformity to a norm of one sexual partner, and for specialisation of labour in raising children. Why do so many gay people want to acknowledge this ancient religious anti-gay institution at all? In Australia there are almost no external benefits (in the form of tax treatment, visas, welfare etc) for marriage over de facto relationships. Why not just promise each other you'll be faithful till death do you part? In fact, why do straight people continue to be married (I am, and have my reasons, but I'll keep them for another time).

2. If people want 'marriage equality' why can't I marry my sister? Or my mother? Surely to be equal ALL marriage between consenting adults must be allowed? After all, the main social problems of genetic abnormalities from inbreeding can be solved by IVF - the same way gay couples are having children. In fact, two gay men who happen to be brothers should also be able to marry, no? It is love between two adults, so what's wrong with it? I can't believe anyone could argue for gay marriage and not for sibling marriage, especially between gay siblings, since the arguments are all the same.

3. Any study showing the 'superior' outcomes of children from gay couples (of which there are a few - here's a starting point for some academic research) must control for incomes and other social factors. I have a hard time believing that the 'gay couples with children' sample of society has a similar income distribution to 'heterosexual couples with children' and we know this is a huge factor in child development.

4. Is the desire to have children not in any way related to the desire to mate with the opposite sex? I would have thought that the two are somehow related, which makes me feel like there is more of a 'conforming to social identity' issue at play over the desire to be a progressive gay couple with children.

5. Are children raised by gay parents more or less likely to be gay themselves? It seems intuitive that they would be far more likely, both because one parent would be a biological parent, and the nurturing and exposure to 'gay' behaviour. Is this good or bad? Are children really getting a choice? Will marriage legitimise being gay as normal? Is that a problem?

6. Should gay couples be allowed to adopt children? Why not? Should IVF treatment for lesbian couples be subsidised by Medicare? Surely not.  It isn't a medical condition. If they want to pay the full cost for privately provided IVF from a voluntary donor, so be it.  If they want to meet a guy at a bar and do it the old-fashioned way, that is fine too.  But what about gay male couples? What about married gay brothers? Will recognition of marriage be a stepping stone to more subsidies for gay families?

8. If two children from gay family each have one of the parents as biological, and the other parent a different surrogate (so they are not 'blood relations'), can they be married?  What about if these two children are gay?

In any case, I always wonder why people don't just say why they feel gay marriage is unacceptable instead of beating around the bush about 'equality'. And those who so strongly support gay marriage should think about the flow-on implications to the role of government, the courts, the rights of parents and health care.

If you can't tell, I see no good reasons in favour of gay marriage, and plenty of unresolved issues surrounding rights of married gay couples, particularly regarding children.  Of course, I have no problem with two adults choosing to have a relationship with each other, regardless of their gender.
Email ThisBlogThis!Share to TwitterShare to FacebookShare to Pinterest