As part of my recent habit of examining trends from the perspective of the individual, or household, I have compiled a measure of real net wealth per capita.

The reason for this is to add another perspective to the more general question of how the Australian economy has fared post-GFC.

As you can see, the average Australian's real net wealth is exactly where it was at the end of 2006.  Have we really spent four and a half years just treading water? 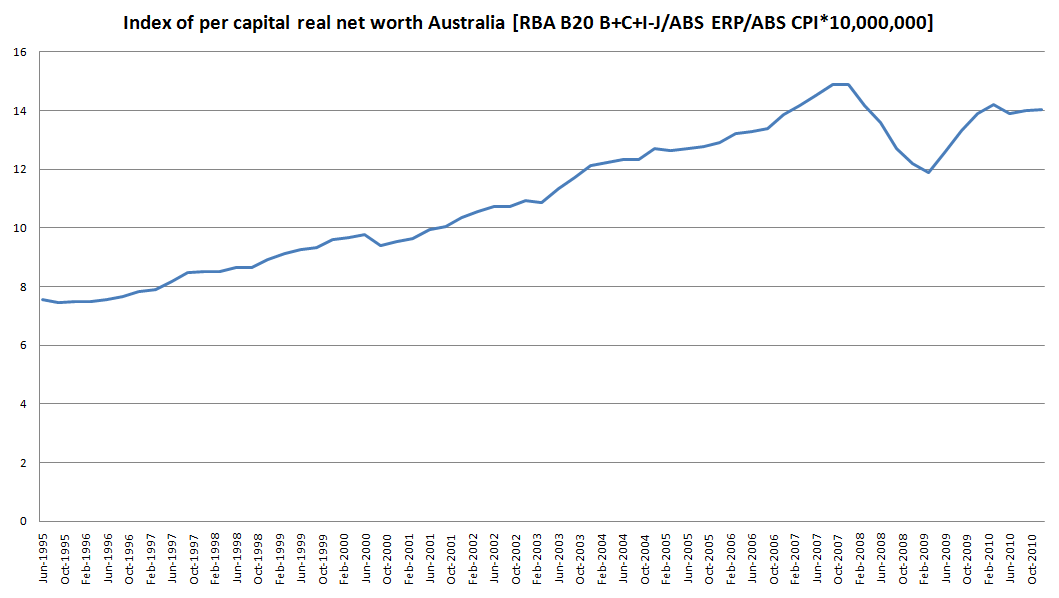 The interesting relationship is between the trend in real wealth and the trend in retail turnover.  The 2007 peak of per capita wealth also happened to be the end of the growth trend in retail spending.  It is also important to note that in the last decade, home values have comprised around 60% of total household assets, which leads on to conclude that the fate of retail rests heavily on the fate of home prices. 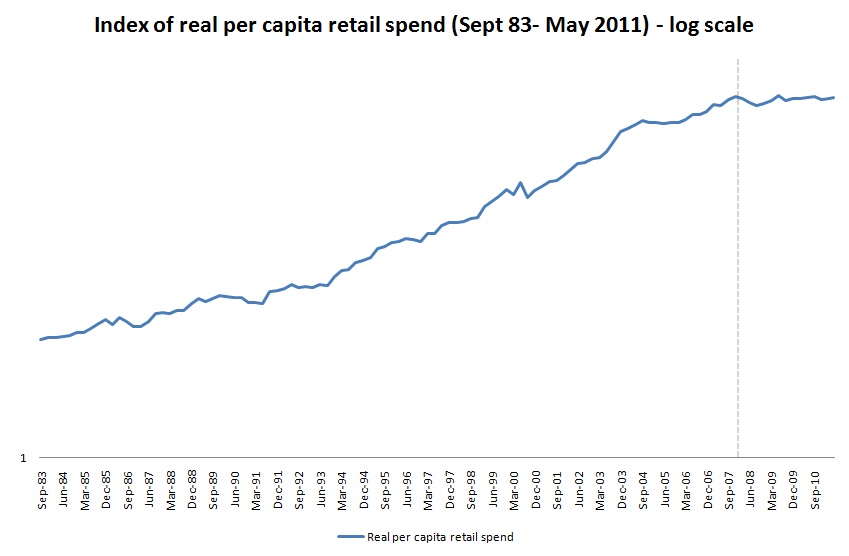