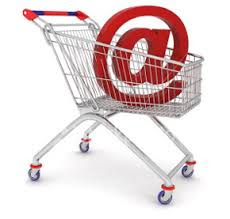 Almost every day now I am drawn into conversations about how much cheaper common consumer products are to buy online. The following is a list of products my immediate circle of friends has bought online from overseas (mostly from US and UK web stores) in the past month – books, shoes, DVDs, dresses, tailor made shirts and suits, camera accessories, toys and computer parts.

The price differences are astounding. Books delivered to your door from the UK for $8 when local bookstores are asking $24 for the same book. Shoes that retail locally for $200 are just $100 delivered from the US. It seems that if you can’t find online prices for less than 50% of the local retail price you just aren’t trying.

The Australia Institute (TAI) conducted a survey of online shopping and has some great examples of the price differences between local and online foreign retailers. A Sony Bravia television is half the price to buy online from the US ($995 instead of $1999), DVDs are usually half the price online, and even high end bicycles are half price if you get them delivered from the UK ($1599 instead of $2999).

Even more bizarrely my local bottle shop has a six-pack of imported German beer for $10 – that’s $4 less than the XXXX that is delivered a mere two kilometres from the brewery (and yes that is the brewed in Germany beer, not the locally brewed German style).

And one thing that really bugged me was that at the Hofer supermarket in Vienna a couple of years ago - Australian wine was 2.5euros a bottle, but the same wine here is more than $10.

What is going on!

We have a situation where not only are Australian products more expensive locally, but so are imported products!

1. Adjustments to higher exchange rates are very slow. If the dollar appears to stabilise around $1.05USD we can expect local prices to slowly converge to international prices.

2. Australian retailers are simply years behind their European and US counterparts in terms of adopting more efficient business models (think Aldi, Ikea),and especially for online retailing. Again, we can expect this to change slowly.

3. Australians still feel wealthy and don’t feel compelled to hunt for the best deals. This is changing as the TAI survey showed.

4. Many have suggested high rents for well located retail space as part of the explanation. This might be a contributing factor but I imagine that the trend for retail rents is down.

5. People get upset when prices fall. Remember the milk wars, the beer wars?

6. Local producers have no incentive to sell locally below the price they receive from export markets (as I discussed here).

I’m open to any other suggestions, but there really doesn’t seem to be one factor to explain this retailing discrepancy. I also believe that the price differentials between local and foreign online retailers are likely to shrink from now on.
Email ThisBlogThis!Share to TwitterShare to FacebookShare to Pinterest