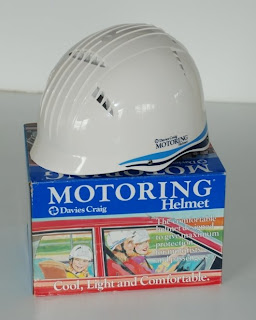 There is an odd coexistence between two conﬂicting safety policies that may well be pursued by the same accident prevention agency. The ﬁrst seeks to improve safety by alleviating the consequences of risky behaviour. It may take the form of seat belt installation and wearing, airbags, crashworthy vehicle design, or forgiving roads (collapsible lamp posts and barriers). This policy offers forgiveness for a moment of inattention or carelessness. The second policy seeks to improve safety by making the consequences of imprudent behaviour more severe and includes things such as speed bumps, narrow street passages, and ﬁnes for violations. Here, people are threatened into adopting a safe behaviour; a moment of inattention or carelessness may have a dire outcome.

We can’t buy fireworks or ride without a helmet. There are now calls to ban topless bathing on NSW beaches and there is the infamous internet filter proposed my communications minister Conroy. Oh, I almost forgot the proposal to ban teachers from using red pens when marking because red is an aggressive colour!
We can’t be expected to navigate construction zones on the street without 17 different warning signs, stop-go lollipop ladies, flashing lights and orange fencing, nor, it seems, are we expected to navigate over treacherous cracks in footpaths, with councils often paying compensation to ‘victims’ of such treachery. We have the slowest speed limits yet many would say the worst drivers.
Policy makers must believe the average Australian has both multiple personality disorder and signs of schizophrenia. Someone who can perfectly judge their own financial risk when taking on massive debt, can choose their own career, raise their own children, run their own businesses and judge the associated risks, yet when it comes to the basics of life, like having a beer, tanning your breasts, or navigating the street, we all become complete morons incapable of rational behaviour.
I have no problems with governments intervening to protect people for the actions of others, but they should be make their own choices about their personal safety. The strongest argument in favour of this position is the theory of risk homeostasis. It seems we really can’t save people from themselves. In fact the parent in me suggests that all this molly-coddling decreases our ability to judge real risks when they arise.
Rant over.
Email ThisBlogThis!Share to TwitterShare to FacebookShare to Pinterest