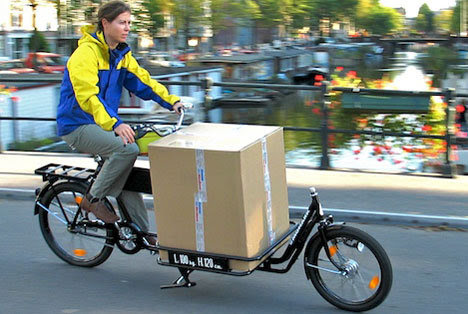 I have been fortunate enough to travel widely in the past decade and sample the breadth of human experience. Today I want to focus specifically on the evolution of cycling culture around the globe.

I have taken note of the popularity of my recent post on the proposed bicycle hire scheme in Brisbane and want to expand some of the points I made about the incentives to (or not to) cycle, and compare the diverse cycling cultures around the world.

The comparison will consider such obvious differences across countries such as speed, cost and safety, but focus on the historical development of cycling culture across countries. I will finish with some ideas about how to cities can embrace cycling as a legitimate mode of transport.

The bicycle emerges
The common bicycle design is relatively unchanged since the Irish veterinarian inventor John B. Dunlop first put pneumatic tyres on one in 1887. While the first ‘walking machine’, a push along two wheeled bike that you might see two year old children riding, was invented in 1817, it took another 70 years before bicycle technology overcame some fundamental teething problems. The penny farthing was prone to throw the rider forward over the front wheel should he hit a stone or pothole, and the original solid wooden, metal, and rubber wheels all failed the comfort test on cobblestoned European streets. The 1880s and 1890s were boom years for the bicycle in Europe and America.

“The bicycle… was a practical investment for the working man as transportation, and gave him a much greater flexibility for leisure. Ladies, heretofore consigned to riding the heavy adult size tricycles that were only practical for taking a turn around the park, now could ride a much more versatile machine and still keep their legs covered with long skirts. The bicycle craze killed the bustle and the corset, instituted "common-sense dressing" for women and increased their mobility considerably. In 1896 Susan B. Anthony said that "the bicycle has done more for the emancipation of women than anything else in the world."

Cultural divergence
The bicycle was brought to Asia by European traders as its design evolved in the later part of the 19th century. In European capitals, the bicycle was seen as swift method of urban transport for the wealthy industrialist. Chinese culture saw it differently, with a popular publication at the time showing little enthusiasm for the device.

…in the case of cycling it discouraged Chinese from this unfamiliar exercise. By hinting at the disgrace of the unfortunate cyclist, the text is probably pointing to the biggest cultural obstacle to the spread of the bicycle in 19th century China. Compared to Europe in the 19th century, for the tiny segment of Chinese society which could afford to purchase a bicycle, it was considered absolutely disgraceful to be seen pedalling through the streets, mounted on a machine, always in a delicate situation leading to a state of exhaustion. The wealthier Chinese was hardly ever seen walking in public. He was carried in a sedan chair or -if he made allowances to modern times- was pulled in a rickshaw, first introduced to China in 1874.

In contrast, by the end of the 19th century, the bicycle was dominating Europe, with bicycle racing developing as a sport and technical challenge of the industrial age, and bicycles being adopted for military uses.

This cultural perception at the time of the invention of the bicycle, I believe, plays a key role in shaping the modern cycling culture of a nation.

In Australia at this time, not only were cities less dense and less populated, the road conditions and weather were little help to the cyclist, and in relative terms, one must imagine a bicycle was an expensive possession – not something to flaunt in a country of convicts and rum traders.

Instead of cycling being a respectable mode of transport for the elite, in Australia there was little place for the contraption in these early years. Those with wealth and power had other more practical means of transport; however I imagine that there were some uses for bicycles by common people and traders in Sydney and Melbourne for transporting goods around the growing cities.

Despite this, in 1986 the Coburg cycling club was established by a group of recreational cyclists, and had a focus on racing. Cycling never had much of a start in Australia as a transport alternative – it was mostly a hobby and a sport, and to this day remains that way.

A 21st Century snapshot
Having acknowledged the different cultural histories of cycling in a select few places, we can compare the attitudes to, and uptake of, cycling in the 21st century.

In most of continental Europe, cycling remains a respectable mode of urban transport. Laws, such as the Dutch ‘strict liability’ law, and urban thoroughfares for cyclists have been developed over time to allow cycling to thrive, even amongst the very wealthy. Cycling is a legitimate mode of transport in most European cities – there is no stigma, there is government support, and there are natural advantages such as flat dense cities and moderate climate.

In China and many of the developing South East Asian countries, cycling has been widely adopted for all manner of transport needs due to its relatively low cost. It is not uncommon to see building materials transported by tricycle, and the whole family to be ridden on a single seat bike.

More recently as costs have fallen and incomes risen the Chinese have taken to electric bicycles as cities spread and commuting and transport distances grow for many of the poorer urban working class. This is a great alternative where natural hindrances such as heat, hills and distance can make cycling difficult.

From my experience in China, bicycling is a legitimate mode of transport. A bicycle is something a poor family saves for and is proud of. The government supports this mode of transport for the majority of urban poor, especially in the capital where bike lanes dominate many streets.

In Australia, my experience with cycling has been quite different. Cycling is not perceived as a legitimate transport alternative (a must see video of 60 Minutes feature on cycling in Australia). It is seen as an inferior choice, for students and fitness fanatics. It is seen as a toy that the family might take out to the park on the weekend.  And it is seen as dangerous.  Australian helmet laws make the cyclist feel like and outcast who can't look out for themself - 'We don't really want you to cycle but if you are going to, wear this'.

But it need not be so. Even though Australian cities face some natural disadvantages to cycling – less dense, more hills, and blazing hot summers – we can develop an inclusive cycling culture. We can make cycling be seen as a legitimate alternative.

How to embrace cycling
Australians are lucky that we can afford other transport options and that a cycling culture has not developed due to poverty.  But prosperity need not be a barrier and the efficiency gains from cycling (reduced health expense, faster commutes, cost savings) can greatly improve our prosperity.

Change will happen from two directions. The early adopters can promote cycling in their community by discussing the benefits, and how to overcome the challenges, such as driver hostility, carrying loads and children.

Cyclists can also pressure governments to acknowledge that cycling is a legitimate mode of transport that they will support, and pressure them to act (at both local and state level). There is plenty of talk and acknowledgement, but little action. Car tunnels, bridges and roads are fast tracked, while the implementation of on and off-road cycling lanes is delayed and often put in the ‘too hard’ basket. We are extremely lucky to have two cycling bridges across the river, but at each end of the bridge cyclists have little road room to maneuver – why build a cycling bridge if it is so difficult to get to? A traffic bridge would never be built if it was disconnected from the existing road network, so why should a cycling bridge?

Bogota Columbia is a town where cycling culture has been recently embraced. An integrated network of cycling paths, both on and off road, was built in the city, in a spider-web fashion, extending out in to the poorer suburbs. This cycling network is linked into the bus system with bike storage facilities at stations. Cycling has quadrupled in Bogota since the introduction of the cycle path network. Building the cycle paths has signaled that cycling is legitimate, not just a second best alternative for the poor citizens.

In Brisbane, change is happening. Slowly. Bicycle lanes are appearing, but there is no coherent push for a strong connected network of cycling routes across the city. There also remains a cultural barrier, which will change slowly, but could be accelerated by genuine government support.
Email ThisBlogThis!Share to TwitterShare to FacebookShare to Pinterest