I watched a Top Gear episode where Jeremy Clarkson raced a Toyota Prius and a BMW M3 around their test track for 10 laps. It wasn’t a race really. The BMW only had to follow the Prius as it drove the tack as fast as possible.

And what happened? The Prius, with its 1.3L engine used more fuel than the M3 with its 4L V8! 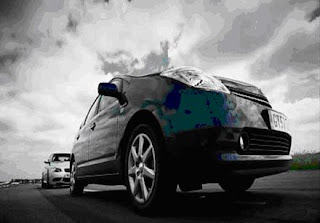 To make matters worse for the pro-hybrid lobby, Clarkson also drove a 1.7 tonne V8 Jaguar XJ6 from Basel in Switzerland to Blackpool in the UK on one tank of fuel – a similar result to the little VW Polo.

So what is going on here with fuel efficiency?

My gut instinct is that weight is the major factor determining fuel consumption. At almost 2 tonnes, the Jaguar seems very impressive. Maybe it’s the weight to torque ratio that is important, as when travelling at a constant speed, power is not so important.

To test this hypothesis I wanted to gather data on vehicle weights, fuel type, engine capacity, number of cylinders, torque, power, and add some dummy variable such as turbo/supercharger, hybrid, 4x4. Then run some regressions with highway mileage and city mileage as independent variables. I found most of the data here, but don’t have the time to add vehicle weights, drivetrain and turbo details into the spreadsheet. When I get a response from the geenvehicle guide with their complete data set I will let you know my findings.

But what does it all mean?  I take away a number of things.

1.  Some of the gains in vehicle fuel efficiency over the past few years may have been offset by and increase in highway speeds and acceleration (more stop-starting).
2.  Don’t scoff at the environmental ignorance of people with V8s
3.  If you buy a hybrid and race it you are just as crazy as Jeremy Clarkson
4.  If you have big car, you can drive slower and save money on fuel
5.  Doing your part for the environment is not as simple as it’s made out by green lobby groups
Email ThisBlogThis!Share to TwitterShare to FacebookShare to Pinterest