Town planning and organic growth – can we reconcile the two?

After a rather challenging discussion with a close friend last week about the necessity of town planning and the degree to which planning constraints impact property markets, I have decided to embark on what might become a detailed rant on the matter. This may the first of many posts on the topic.

The trigger for this planning discussion was a conversation about the proposed increase in height restrictions on former industrial land in the South Brisbane / West End area of Brisbane (see map below). Currently this area is a mix of light and heavy industrial uses, office and warehouse space, and new apartment developments. The area is earmarked as a new growth precinct, in the same vein as Newstead's transition from industrial to a mix of medium density urban uses. 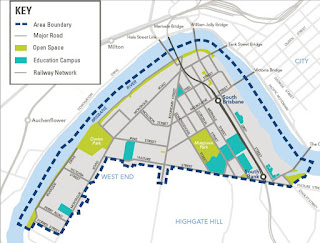 The reason for the ensuing debate is that I oppose the 30 storey height restrictions being proposed in the neighbourhood plan, even though I support densification as a planning strategy. Instead, what I propose is a plan to allow for flexible organic growth.

There are multiple reasons for my objection, for example;
1.  Allowing for greater development scale per lot will not accelerate the rate of development – the absorption rate of new dwellings and commercial space is determined by other factors.

2.  It is a gift to land speculators who currently hold land with development potential of 5 or 7 storeys.

3.  Even if the plan intention is to greatly increase the land values of heavy industry sites to encourage industrial users to relocate, it may still fail to acheive this outcome.

4.  A plan already exists which allow 5-7 storeys to be built - enough to easily accommodate the proposed future population of the area.

5.  Given uncertainties about the future, we should be hesitant to plan for a single potential future outcome. Imagine in 1979 planning for Brisbane in 2009.

The ideas that lay behind this reasoning I hope to develop further in future blogs.  For today let me just raise my two reasons against this scale of development that are specific to the South Brisbane / West End area.

First, 30 storeys is a big high-rise – the Hitachi building is 30 storeys, for example, and is 110m tall. There are currently only 28 buildings that height in Brisbane, and maybe it is just my taste, but it would be a pity to see this scale of development across the road from 2 storey character housing. 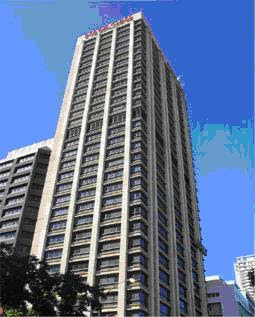 Second, the justification for allowing 30 storey developments is to have the ability to accommodate an extra 25,000 residents. Currently the population in West End is 6,200, and in South Brisbane it's 4,285 - around 10,500 in total. Allowing the ability for the population to triple is fine, but with a developable area of 38Ha and 30 storey limits, an extra 126,000 people could be accommodated (assuming a plot ratio of 20, and 60sqm per person). Seems a little over the top.
There is, however, one more important thing to consider. Stepping up from a 7 storey to a 30 storey limit is a big leap in anyone’s book. I would not be surprised if the dramatic 30 storey figure has been used simply as a negotiating tool. Knowing that the community would reject any further increase in height limits, council planners (under political duress) proposed a ridiculous height, in order for concession of a much lower height, say 15 storeys, to appear reasonable. If they had simply started with 15 storeys, there would have been much less scope for negotiation, and even if they had ended up with 12 storeys, it would have created much community resentment.

There is much more to say about town planning issue - stay tuned.
Email ThisBlogThis!Share to TwitterShare to FacebookShare to Pinterest